There is something magical about performing. Most people find it intimidating and scary and yet, standing on that stage, our learners showed courage, enthusiasm and absolute enjoyment. For the past two terms, our Grade 1, 2 and 3 learners have been practicing, learning and perfecting their different pieces to present to their loved ones.

For the Grade 1s, this is their first time performing in the Primary School play and they put their hearts and souls into their poem. They had so much fun and have developed a love for the stage. Their confidence has grown, and they have definitely come out of their shells.

The Grade 2s performed a short scene about animals sneaking out of a zoo to have a party. There was some humour in their piece that they loved sharing with the audience. It also gave them the opportunity to try some lines on their own which is a major accomplishment.

The Grade 3s produced the most incredible scene and their teamwork was something to be proud of. They shared an important story about not judging someone by how they look through the character of a dragon who just wanted to make friends. It was their final chance to be in a play for our school and they grabbed the opportunity with both hands.

The Showcase was presented over two nights at the Cavern Resort. This gave the learners the chance to show off all their hard work to their friends and family. The air in the games room was electric. Some nervous giggles could be heard from the stage every now and then but once the first song started, the nerves melted away.

We are so proud of what our learners have achieved through this play. Each of them has grown in confidence, excitement and pride. They have seen the importance of practicing and are able to understand how hard work can pay off.

On Thursday, 25 August, the Pre School and Grade R set out for a morning of fun at the du Toit’s Farm. It was a short drive down the road from our school. When we got there we were warmly welcomed by Sisi Promise, Malume Jabulani, Popo, Qaphela and Mkhululi. Our first stop was at the kraal where we learnt that the delicious stew we ate at home was from these very same cows! We got to name the daddy cow, mommy cow and baby cow- the learners aced this as we had been learning about farm animals in class.

After our short talk on cows we walked over to the main farmhouse whilst singing our own rendition of Old MacDonald Had A Farm – Mkhul’ Johan wayeneplazi. Before we even got a chance to settle down and relax before it was time for our games. As we arrived Gogo Ntombi was already outside waiting for us with her delicious vetkoeks ready to treat us to a lovely snack!

The Malumes were kind enough to take every single child on a horse ride around the house. Some could not hold their excitement upon seeing the horses and some had to be given a little nudge to brave it out and go on the horseback. There were little squeals of pride at the end of each ride as some got off, beaming with excitement and pride of what they have accomplished. At the end, Ma’am Idah decided to show us how it’s done and rode a horse without help. The children could not believe it!

Just as we thought we were done, Sisi Promise called us over for lunch in the garden where she had braai’ed boerewors for us along with delicious treats and juice. There was so much food that we took some of our treats with home.

We welcomed Thobani during Term 3 taking on the role of head of school and taking on the challenges and excitement that is the Khanyisela Project and BabyBoost in the greater AmaZizi community. I spent some time chatting to him, allowing us all to get to know him as he joins us on this wonderful journey at RDPS.

Royal Drakensberg Primary School had held our Athletics Day on the 22nd of August, there was a buzz in the air as the excitement of the day unfolded. During the week leading up to the big day, the learners spent some time practicing the races in preparation for the interhouse challenge the day holds as well as the many parents there full of support and love.

On the day, spirits were soaring high from the Bushbucks and the Duikers. We started off with a truly South African song “Shosholoza” to show our spirit! Not only were the learners excited but so were the parents. The parents showed their support by wearing red for Bushbucks or yellow for Duikers in support of their children.

The learners had participated in numerous fun and exciting games such as sack races, dress up relay, water relays, the classic three-legged race and loads more fun games. We had also had our much anticipated tug-of-war for the parents, thank you for showing good sportsmanship and spirit parents! The day was filled with all the war cries and chants by the learners and teachers, the cheers from parents including much laughter and chatter adding to the festivities of the day.

Spirits were still running high but so was the competitive spirit as both learners and parents were anxious about which team would win. Would it be the Bushbucks or the Duikers? As everyone waited patiently and eagerly for the results, Teacher Thoba had done the final calculations. The results were in and the winning team was the Bushbucks! Well done, Bushbucks! The Duikers had also worked so hard and had just missed by a couple points. Thank you for being such great sports. The RDPS team and parents were so proud of both teams!

After all the events, the learners were treated to hotdogs and juice from The Cavern – thank you to The Cavern team. The parents were also provided with tea and sandwiches, thank you to Sam and Winnet for providing us with this. Thank you to all the parents for showing their support for their children and the event! 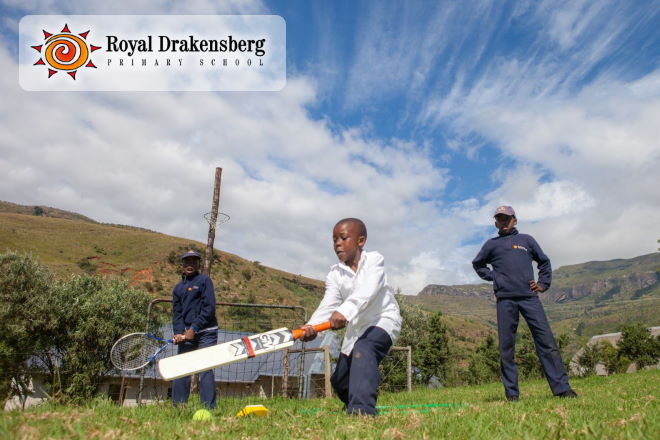 We have just had the shortest day which means we are half way through our academic year! Time travels and in the meanwhile, we make it count with many fabulous adventures at Royal Drakensberg. Our teachers share a few snippets of news.

END_OF_DOCUMENT_TOKEN_TO_BE_REPLACED 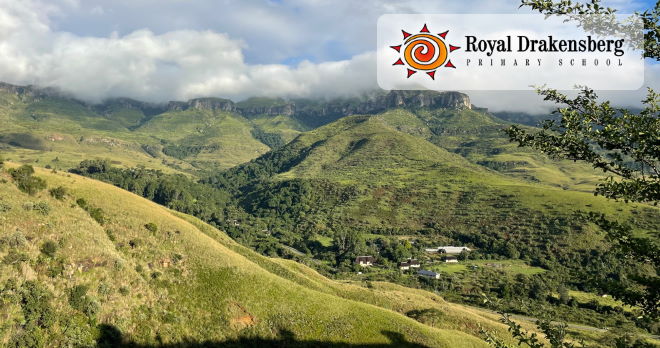 As summer in our valley gently moves into the golds and browns of a cooler autumn the Royal Drakensberg campus has settled down to some quiet with no running feet, shrieks of delight and concentrated learning. The first term of the year has come to an end and the quiet signals a well deserved holiday for everyone. It was a busy term as everyone settled into their new year of growth and it ended with an exciting Easter Egg hunt up at the Breakfast Boma – the children having to to hike to their treats! Staff have come and staff have moved on, enjoy reading about all that we have been busy with.

END_OF_DOCUMENT_TOKEN_TO_BE_REPLACED 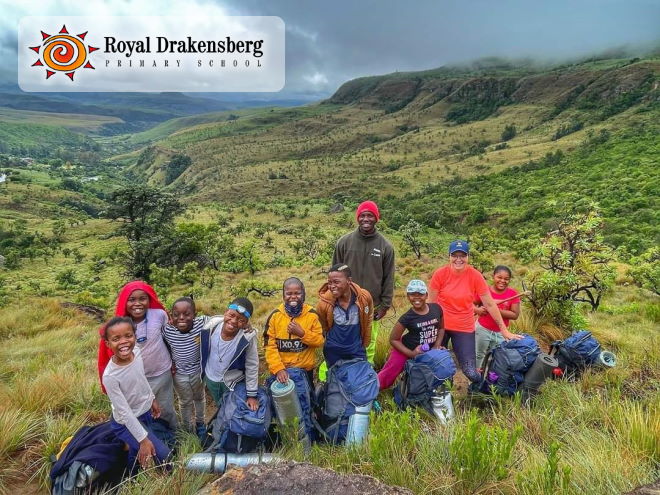 Another year draws to an end. We are not quite out of the Covid woods but we are so pleased that we have had such a positive term. It all ended with the “Twelve Days of Christmas” which was the most precious production and the children were delightful. Our teachers share more news.

END_OF_DOCUMENT_TOKEN_TO_BE_REPLACED 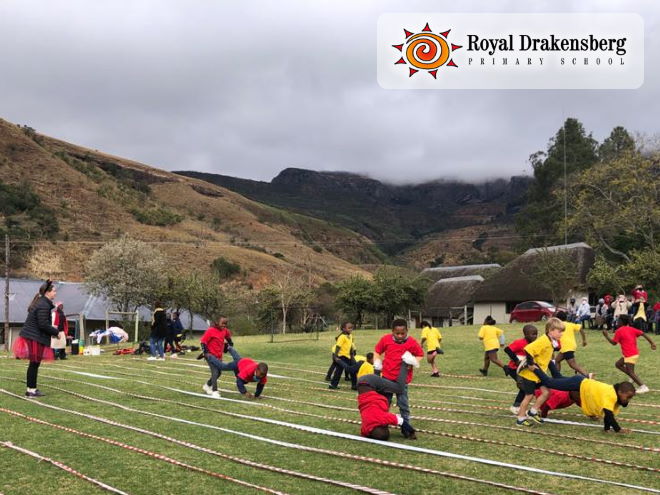 It’s been a flurry to term-end. So many happenings and much excitement with the Junior Primary wrapping up the final week with their fabulous Showcase. It has been an incredibly productive time and a big shout-out to our teachers who have been so busy not only here but in our work in the greater community. The effort, the ideas and the willingness has been extraordinary and we are delighted to work with such a dedicated team.

END_OF_DOCUMENT_TOKEN_TO_BE_REPLACED 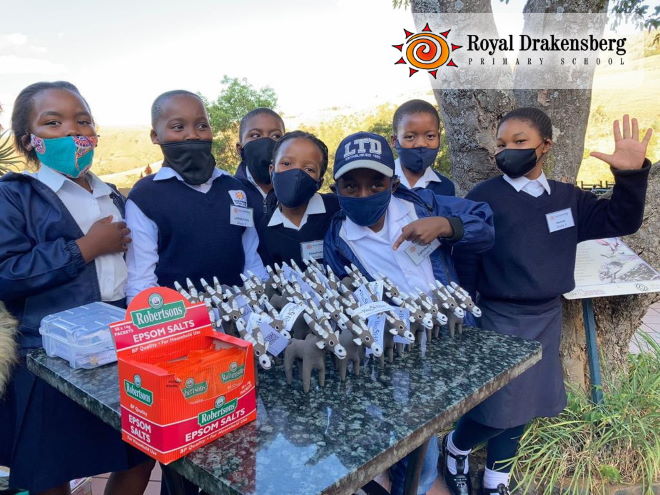 It’s the cold term. The days get shorter and the sunshine is just a warm glow. We have even had a little snow on the highest peaks which resulted in a proper cold snap. Thankfully there is much energy and enthusiasm and this warms us up from the inside! The children and the teachers have been so productive! Their hard work and their commitment has resulted in much being achieved, despite the frosty mornings, and today we share an update of a few key happenings from the cold, dark term!

END_OF_DOCUMENT_TOKEN_TO_BE_REPLACED 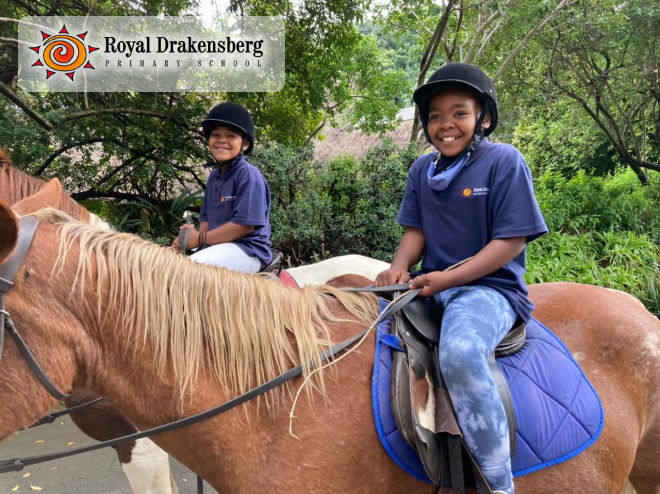 A new year, a new season, a new start! We were slightly delayed but the children arrived on the 1st February and we have had a productive first term. Our teachers share some news:

END_OF_DOCUMENT_TOKEN_TO_BE_REPLACED

What a year! But, we are pleased that we have made it right to the end and we celebrate the many lessons we have learnt in the process.

Our teachers share some of the special moments we have shared in this last term.

END_OF_DOCUMENT_TOKEN_TO_BE_REPLACED 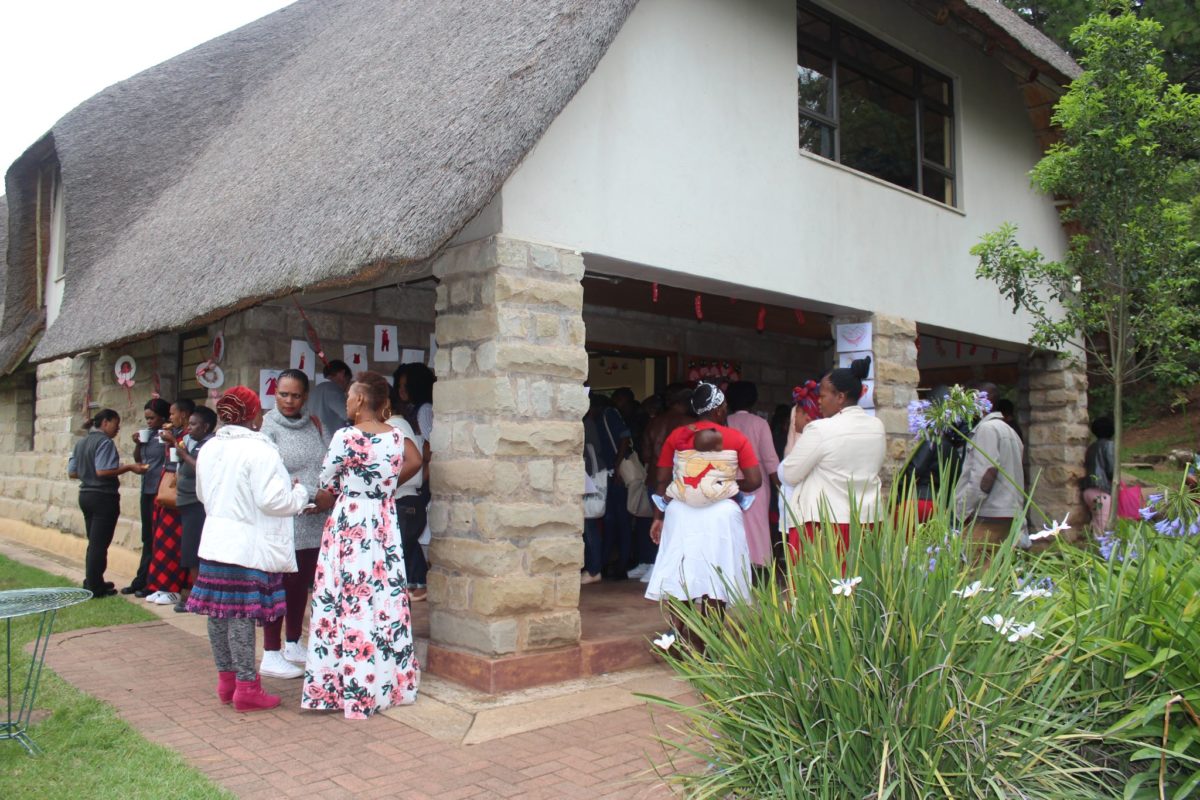 We have had an excellent start to 2020 and just when we thought it was going to be year of greatness we have landed up with an incredible challenge.

We believe that in times of great challenge we need to rise up. A wave of vulnerability has enveloped us in the mountains but through the uncertainty to we need to take note of what we can do. As this pandemic unfolds we will continue to wash our hands thoroughly, keep our distances and help the most compromised in our communities. And, perhaps we must continue to spread good news of good works that have been happening in our precious school. 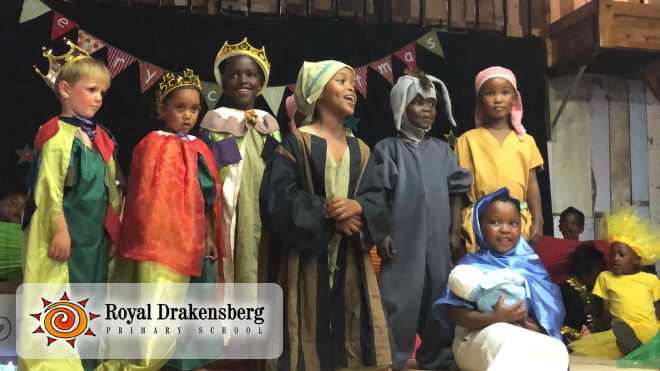 It is thought-provoking to read what is making the rounds in the media and we were very interested to see the following from Stuart Lowman, Managing Editor of Biz News;