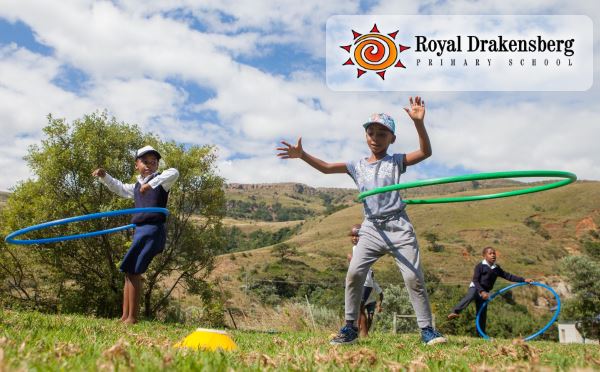 At times we may get despondent about life but I have found that spending 10 minutes in the company of children helps dissipate any negativity. A couple of Wednesdays ago, we were entertained by the children and it just struck me how incredibly brave and smart they all are. Next year many will move on to new schools and I just reminded them how important it is to think back to the play night and remember that when things get tough or challenges arrive they must remind themselves about how brave they can be and how smart they are. They learnt hundreds of words and hundreds of moves and were an absolute delight to watch. We share more from this past term…

Play Production: “When I grow up” – James Barnard

Immense time and effort have gone into producing this play. With a title like “When I grow up,” many fun and exciting scenes were showcased. For those of you that missed the opportunity to witness your child displaying his or her acting skills, let’s recap on the highlights. Well, I don’t think that anyone will forget the mad scientist strutting his stuff on stage.

At some point, I could have sworn that the mad scientist changed into a younger version. Let’s not forget our teacher showing off his charisma and our local farmer, trying to be of assistance. This play was action packed with various dances which involved a vast amount of synchronisation and choreography. Then, it came to the calmer part of the play, poetry. The poems just gave our learners a chance to yet again, show off their talents & capabilities.

The children acted out many other professions: namely a doctor, teacher, farmer and dancer. The learners thoroughly enjoyed themselves and everyone felt part of the team in a collaborative effort. Many thanks must go to our stars for putting in the hard work and for making this play an enjoyable experience and success. Lastly, a special thanks goes to all the donations received for costumes and miscellaneous. I don’t think I should thank the teachers directly involved in the play because, at one point, I could see that the teachers were having more fun than the children. Nevertheless, thank you to the staff for guiding the learners through this production. Once again, well done to the grade two’s to five’s for producing an outstanding play production.

The much-anticipated Sungubala sleepover took place on Wednesday, the 15th of August. On Monday the children made lists of what they needed to pack for the outing.

Just after lunch on Wednesday the grade 1, 2 and 3 learners with their teachers set off for their long walk to Sungubala. They walked through the Fern Forrest, up Bushbuck Ridge and along the road. On the way, we met an unfriendly bush snake, which scuttled off as soon as it heard the chatty children walking up the road. Before stopping at the camp we walked to Silent Women which is an impressive carving in stone. We then walked up to Sungubala where the children collected their bags and moved into the chalets they were staying in for the night. We made our beds and changed to go swimming. The children were incredibly brave as the swimming pool water was absolutely freezing! After lying in the warm sun to dry off the children changed into their clothes. We enjoyed some delicious muffins for tea and then it was time to play. The boys had fun playing rugby with Mr Mackenzie and Mr Barnard. The girls played on the jungle gym and swings. The girls discovered a lemon tree and proceeded to eat the lemons as if they were oranges. Their facial expressions explained just how sour the lemons were!

It was then time to shower, after which the children played board games, built puzzles and coloured in pictures. Mr Mackenzie lit the fire and we braaied our boerewors. We ate our tasty boerewors rolls and chips and then enjoyed braaied marshmallows for pudding. By this time the learners were exhausted and we all decided that it was time for bed!

In the morning, we packed our bags, ate porridge, drank hot chocolate and began our walk back to school. The children had a wonderful time and cannot wait to go back to Sungubala. We are so grateful for Peter and Rhona for making the camp available to us. Thank you too to Lesley from The Cavern for providing boerewors, rolls and tomato sauce for dinner. Thank you to Loretta from All Out Adventures for providing the chips and delicious muffins for tea. Thank you to Gogo Jean, Cath and Lindsay from Montusi for providing marshmallows, chocolates and hot chocolate.

Sports Day took place on the 31st of August on our school field. The learners diligently practised their races all week and were very excited when Sports Day dawned. The parents and friends arrived to come and support their children. The children were so excited to see their parents which motivated them to work even harder in trying to get points for their team.

The children were seated in their teams, red for Bushbuck and yellow for Duikers. There were various fun races, such as balloon races, sack races, motorbike races, water races, skipping races, egg races, dress up, stilt, leapfrog, cars and so on. The parents were invited at the end of the races to participate in Tug-of-War.

The Bushbuck and Duiker teams did their best in each event and the Duiker won the 2018 Sports Day. The parents enjoyed tea after the events and the children enjoyed their hotdogs and juice.

The preschool had an incredibly exciting outing on the 6th of September. The pupils took a taxi trip up Oliviershoek Pass to De Nook farm where we were spoilt rotten by a lovely lady, Mrs Sherry.

There we saw heavily pregnant sheep and sheep that had given birth only two days before our visit. We then went to the chicken coup where we fed bread to some very frightened chickens. We collected free range eggs and put them into a basket. We were then led to the garden where boiled eggs were hidden between plants, behind rocks and in trees. Each child found a freshly boiled egg. We then went to the veranda of a beautiful farm house where we were given milkshakes, popcorn and biscuits.

The fun didn’t end there! We got back into the taxi again and went to the beautiful Little Switzerland Resort just up the road where we were greeted by friendly faces at the stables. Each learner got a turn to ride a horse around a course. Some learners were extremely eager but some were petrified. Most learners faced their fears and by the end of the ride wanted to go again. But sadly our day had come to an end. We enjoyed our lunch at a beautiful wooden jungle gym before heading home

The Tugela Trails camp-out near Winterton was excellent and a good reminder of how fortunate we are to live in such an amazingly beautiful country.

On arrival at Tugela Trails the lessons began. First, we learned how to pack a hiking bag, then how to ration food, how to set up tents and how to pack them away. We had 4 hours of survival lessons before we had even left the car park. Once a quick lunch was eaten, we set off on our hike to our campsite. Lee, the camp leader, led the children on a wonderful game viewing hike with many small lessons on the fauna and flora along the way. On arrival at camp the lessons on survival continued. We stated what was most important in setting up camp, like creating shelter and making fire with flints and grass, and then moved onto the more crucial aspects of camping such as digging the ablutions.

With darkness approaching fast the grade 4’s and 5’s were set a challenge. Working in their grades they had to cook dinner and the best dinner won extra pudding and the losing group washed the dishes. Grade 5 won this, though they still insisted in helping with the dishes and sharing the extra pudding. With darkness enveloping us and everyone tired, we were treated to traditional fables and stories around the campfires. Soon after it started raining and we all headed into our tents for a well-deserved rest.

We woke up to a misty cold morning and after getting the fires going to boil water and a snack of tea and rusks consumed, we headed off to the dairy where we were taught about rotary dairies and modern milking systems. We were astounded by the size and numbers of cows and just how much milk each one produced. After breakfast, we headed off for a wild walk were we would put our tracking skills to the test. We found zebra and impala, and saw the spoor of otter, mongoose, duiker and blesbuck. However, we could only see the forest buzzard from a distance, but upon hearing its call we identified it.

With tired students and the taxi arriving we headed back to school. The trip back was one of the quietest trips the taxi had probably had as all the students were fast asleep.

We visited the Drakensberg Boys Choir for one of their Wednesday concerts. The children were very impressed with the way the choir showed dedication and the amount of practise that must have gone into creating such a perfect musical performance. It was a treat to be able to watch one of our past pupils Sam Mdakane perform as a member of the choir. The performance was spectacular in all aspects. The children loved the gumboot dance and the drumming section in particular. It was such a special occasion as each pupil had a different perspective on what they thought made it so special. With our own play coming up it inspired our students to try and emulate the choir.

We celebrated Arbour Day on Friday the 31st of August. Every Arbour Day each class gets a tree to plant and the holes get dug the day before. Before planting the trees each class had a discussion on the importance of planting trees. We need to keep planting trees as they provide us with oxygen which we need to live. We also need to plant trees to replace the ones we cut down to use as fire wood to keep us warm during winter.

Next the teachers got the children to line up outside with watering cans, small buckets and a spade. Each child had to carry something to put water in to give the tree water once it was planted. They planted the tree and each child had a turn to pour water over the tree.

The children were very excited and it was a very productive day for them. For many it was their first time planting a tree and they had learned a lot and had fun.

It was Heritage Day during our holiday. We celebrated our rich and diverse cultures, remembering the importance of growing the children who will become our future…